The attempt to construct a Minimal-RIG.

At this year’s kite festival on Fanø, I had the opportunity to take a close look at an extremely interesting rig built by Wolfgang Bieck.
The camera -a GoPro-, the rig with Picavet, 4 mini-blocks, 2 AAA batteries, a voltage converter, 2 additional camera batteries, a video cable and a 2.4 GHz video transmitter with antenna found space in a small box-incredible.
And when I saw that this rig could be carried by a small Stowaway Prism Delta, the desire to build something like this, or at least something similar, arose in me.
Without video downlink and without eletronics, but nearly as light.
With this, it should be possible to get the rig into the air with a light wind kite, even with very little wind.
But even in a strong wind, as it often happens on Fanø, you only need a small kite like a Trooper to be able to take pictures, while a KAP-Foil or a Flowform, even if they are quite small, will give you a lot of trouble.

Here is (my) first draft:

All screws and threads have camera threads (1/4″ -20 UNC).
The Picavet can be exchanged for a pendulum or another Picavet at any time, as I have “standardised” the connections in the meantime.

Now it’s time for tests to find and eliminate the weak points.

A first test can be found here. 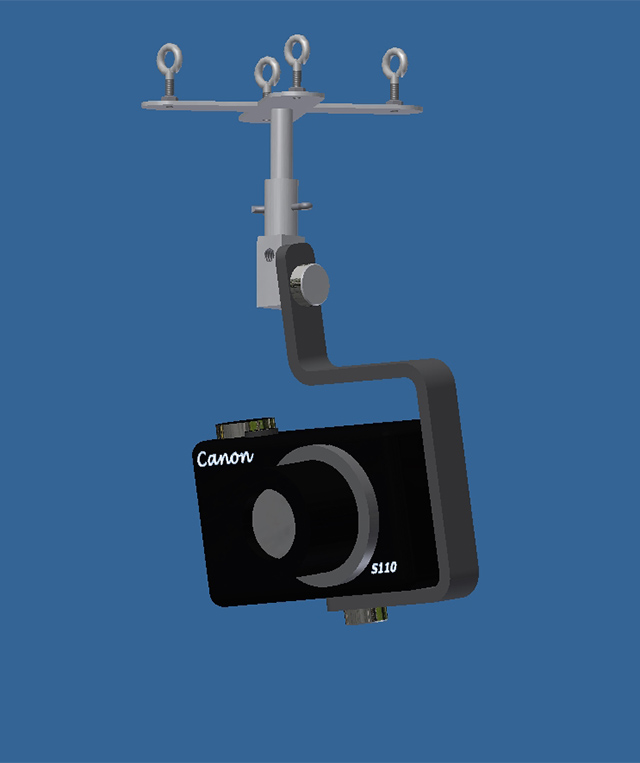