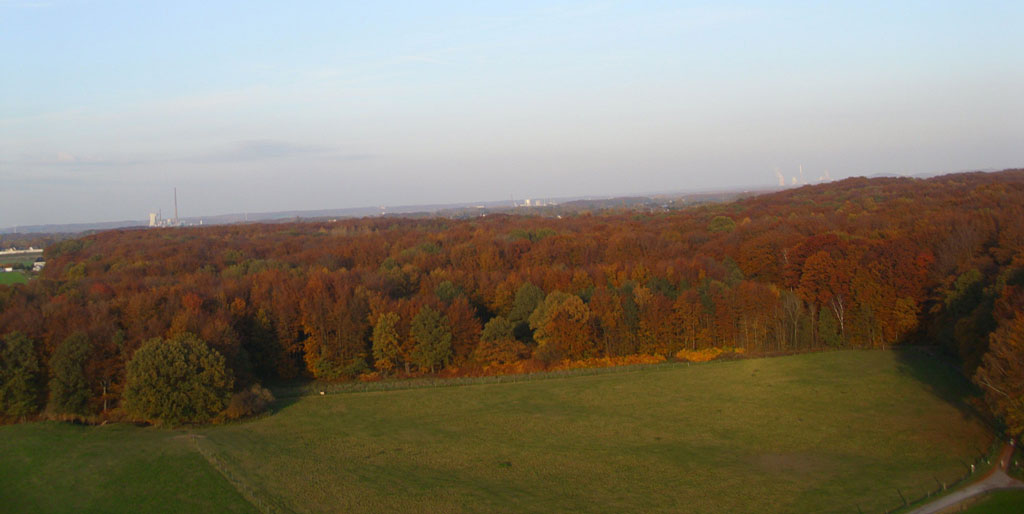 Kite aerial photography (KAP) is a type of photography. A camera is lifted using a kite and is triggered either remotely or automatically to take aerial photographs. The camera rigs can range from the extremely simple, consisting of a trigger mechanism with a disposable camera, to complex apparatus using radio control and digital cameras. On some occasions it can be a good alternative to other forms of aerial photography.

The flight altitude (below 100 m, limited by the maximum line length of 100 m prescribed in Germany) is significantly below the flight altitude of aircraft (from 300 m). This creates images of the surroundings at the scale of the usual way of seeing and not in the abstract, map-like view of aerial or satellite photographs.

In Europe, the name Arthur Batut (France) represents the beginning of kite aerial photography. He is considered the modern founder of KAP in Europe (in other sources the first in the world). After three failures, he took a picture with a kite showing his home town of Labruguière on 29 May 1889 from a height of 90 metres. After each exposed image, the kite had to be landed again in order to insert a new film plate into the camera.

The camera can be attached directly to the kite but is usually secured to an adjustable rig suspended from the kite line at a distance from the kite. This distance reduces excessive movement being transmitted from the kite to the camera and allows the kite to be flown into higher, stable air before the camera is attached. If possible, the camera is set to a high shutter speed to reduce motion blur. Cameras using internal image stabilization features can increase the number of sharp photos. In order to take photographs that are oriented correctly with the horizon, a suspension method is used to allow the rig to automatically level itself under the kite line.

This simple levelling method involves suspending the camera from a rigid length of material below the kite line. Gravity naturally keeps the rig level, irrespective of the angle of the kite line. The pendulum will oscillate due to movement from the kite line and wind pressure, but the camera will remain steadier and more level than without a pendulum.

A Picavet suspension, named after its French inventor Pierre Picavet, consists of a rigid cross suspended below the kite line from two points. A single line is threaded several times between the points of the cross and the points of attachment to the kite line and the rig is attached to the cross. The Picavet line runs through eye hooks or small pulleys so that the weight of the rig causes it to settle naturally into a level position. The dimensions and shape of the Picavet have been adapted many times in attempts to increase stability or to improve portability.